From the founding of QSL to this Day

A story of audacity,
passion and determination

1978: With $ 10,000 in his pocket, courtesy of a personal loan from his mother, young Denis Dupuis starts his stevedoring business. His vision: a grand company, anchored in Quebec, which would be a reference in the maritime logistics world thanks to impeccable services, strategic development and lasting partnerships.

In just 40 years, QSL has forged an enviable reputation around the world, always standing out with a clear promise: to support the success of its customers. 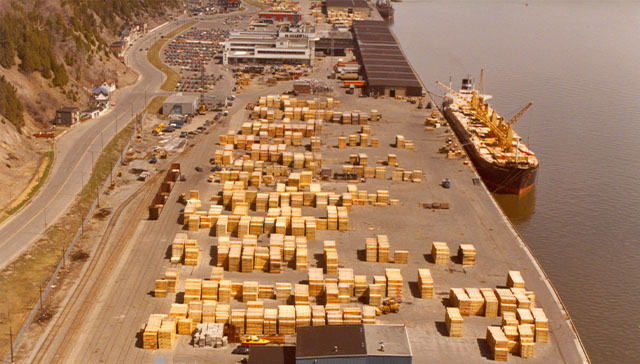 The DATA project stands out at the Mercuriades competition. It wins the Lowe’s Canada Productivity Increase award and is a finalist in the Telus Technological Innovation category. This project is also a finalist at the OCTAS competition. 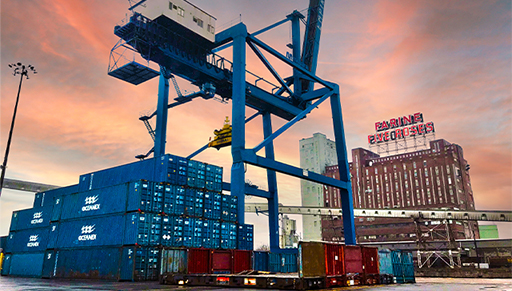 QSL acquires Empire Stevedoring Co. Ltd of Montréal. This alliance between two Quebec flagships of the maritime industry will allow QSL to expand its service offering by adding the deep container handling expertise developed by Empire Stevedoring and increasing its geographic footprint on the Canadian and American markets.

+
2020
Partnership to create a new port terminal in Sorel-Tracy

QSL signs a partnership agreement with the City of Sorel-Tracy for the creation of a port terminal serving the industrial-port zone of Sorel-Tracy, in the Saint-Laurent sector.

2020
QSL named one of Canada's Most Admired Corporate Cultures
2020
QSL makes it one of Canada's Best Managed Companies
+
2020
Green Marine certification of U.S. terminals and launch of the single-use water bottle elimination project

QSL completes the certification of all its terminals in the United States. That same year, a project to eliminate single-use water bottles is implemented in our terminals in Quebec. Initiated by employees, this initiative, when fully deployed in 2022, will eliminate the consumption of more than 500,000 bottles per year in our network.

+
2020
Implementation of TRACKING CARGO 3 (TC3) throughout our network

The DATA project is deployed across our network. TC3 is now available for all QSL terminals. That same year, telemetry is implemented on all QSL mobile and fixed equipment. This vast project wins the INNOVATION \ TRANSFORMATION NUMÉRIQUE 4.0 award from ADRIQ and 2 ÉLIXIR awards: Professional in Project Management and Best Project.

QSL is growing. Despite the unprecedented health crisis shaking the world and disrupting the supply chain, many acquisitions are completed in order to expand our service offering. QSL becomes the majority shareholder of Integrated Logistics, acquires LOLA, the largest shipping agency in Eastern Canada, LOU-CAM, a company specializing in terminal services, and completes the acquisition of Transport Watson and Sycamore by purchasing the shares of Groupe Robert.

+
2020
Transport Watson wins the Hauling Job of the Year award

Transport Watson wins the Hauling Job of the Year award for the Tad Roll Project. This award is presented by SC&RA to recognize the exceptional skills and superior ability of a road transport company to meet the most daunting professional challenges in oversized transport.

QSL completes the Green Marine certification of all terminals in Canada. 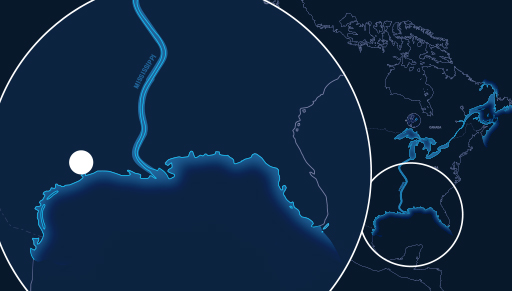 QSL continues to expand with a new point of service and a highly strategic presence in Texas, a gateway to international cargo and trade in the heart of the Gulf of Mexico. QSL Texas Terminals, a subsidiary of QSL America, provides access to the central part of the United States via the Mississippi River, the backbone of the American economy.

Bedrock retains the services of QSL to review the entire development of the Nanticoke site in the Great Lakes, including the management of the steel yard, the upgrading of the port structure and the optimization of operations. QSL now operates this port site. 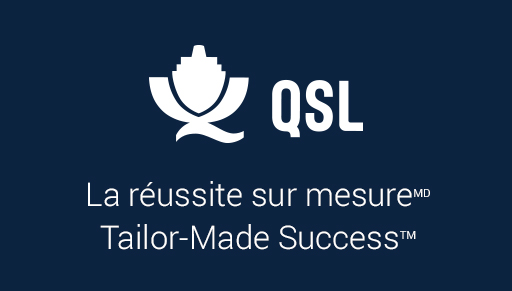 The brand name is unified. All of the group's Canadian port operations and stevedoring companies, with the exception of joint ventures, now share the same name: QSL. These letters, which alone form the company's new signature, now embody our promise: Tailor-Made Success™.

+
2018
Acquisition of a first Rotainer

Commissioning of the “Rotainer”, an advanced technology developed in partnership with Container Rotation Systems (CRS), a company based in Sydney, Australia. This equipment now makes it possible to offer very low emission risk handling to our client Alcoa, in Baie-Comeau.

Launch of the DATA project. This integrated management system will include a combination of the best management software available as well as TC3 (Tracking Cargo 3), an application developed by QSL in collaboration with Vooban, a Quebec-based company. A communication platform is created to allow integrated real-time management of operations and a business intelligence platform is added to it.

QSL becomes joint owner with Groupe Robert of Watson and Sycamore, two road transport companies specializing in oversized cargo. This horizontal integration now allows QSL to offer door-to-door service on docks and on roads across Canada and the United States.

A major surface water treatment system in the Beauport sector is completed and put into service. The network, made up of an underground drainage (nearly 14 km of storm sewer and discharge pipes) and surface water pumping (nearly half a million m²) system from the entire terminal and of a physico-chemical treatment basin, is the only infrastructure of its kind in a port environment on the St. Lawrence and Great Lakes axis. 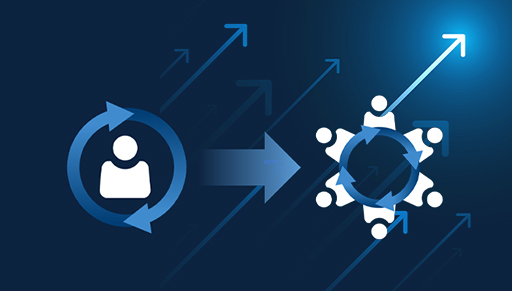 Denis Dupuis, Founding President and Chairman of the Board of Directors appoints Robert Bellisle as President and Chief Executive Officer. Robert's arrival marks a transition into a new phase of business growth.

+
2015
Marketing and Logistics at the Port of Ogdensburg, NY

QSL partners with the Ogdensburg Bridge and Port Authority (OBPA), north of New York, to provide logistics and marketing services that will help the organization develop its facilities.

+
2014
Inauguration of a biomass-handling terminal in Quebec

This infrastructure, located at Anse au Foulon, becomes the second largest terminal dedicated to wood pellets in North America. The domes, constructed from sprayed concrete, work together with a fully covered electric articulated telescopic ship loader system to provide the most environmentally friendly handling. This highly efficient and versatile infrastructure was sold to Sollio Agriculture in 2018 and is now used for the storage of wood pellets and grains.

QSL explores Nova Scotia as a partnership is formed with Coastal Stevedoring.

In partnership with the Quebec-based company, Turbo Chrystal (now HKD Snowmaker), stationary water cannons are invented and installed at the Quebec – Beauport terminal. The technology involves the projection of fine water droplets forming a screen and allowing fugitive emissions to be encapsulated in the water in order to push them down to the ground. This invention, which gives a new use to a system initially created to make artificial snow, is now used across the QSL network, but also outside Canadian borders in various industries, such as construction, to control dust emissions.

This subsidiary, dedicated to the development of the mining markets of the North Shore, is located more precisely in the terminals of Sept-Îles, Port-Cartier, Baie-Comeau and Havre-Saint-Pierre. The same year, Great Lakes Stevedoring extended its operating territory to the port of Goderich, in Ontario.

QSL implements inventory management for mining industry clients with barcodes, from reception to consumption at mine sites. This technology allows us full integration with our clients' inventory systems and is still a relevant innovation today that has been adapted and updated since its conception.

Two new terminals are added to QSL's network through a partnership with the Snider family: Port Weller and Port Colborne. Both ports are located in Ontario, along the Welland Canal.

QSL implements inventory management for mining industry clients with barcodes, from reception to consumption at mine sites. This technology allows us full integration with our clients' inventory systems and is still a relevant innovation today that has been adapted and updated since its conception.

A new partnership is formed with the arrival of Integrated Logistics, a well-established stevedoring company in the ports of Argentia and Long Pond, in the province of Newfoundland and Labrador. 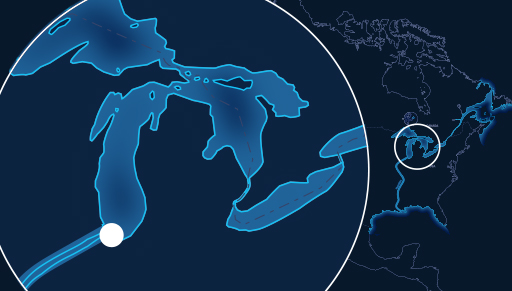 First milestone in its expansion on American soil, QSL establishes new companies, including North America Stevedoring Company (NASCO), located at the Iroquois Landing Terminal in the great port of Chicago, USA. Nearly one million tonnes of goods pass through it each year, and a multimodal terminal is built in collaboration with Canadian National (CN).

+
2005
Portable electric conveyors at the service of decarbonization

QSL acquires its first portable conveyor. The conveyor is put to the test in the handling of sugar. The trial is so successful that it leads to the establishment of a network of custom-built conveyors to QSL specifications and distributed throughout the network. This same year, QSL begins the first phase of an investment project of more than $45 million aimed at the integration of a vast system of electric conveyors at the Port of Québec, Beauport sector. This innovation allows many diesel-powered wheel loaders to be removed from bulk operations, thereby reducing greenhouse gas emissions.

This equipment, better known as "tubs", is designed for handling scrap metal. This innovation now makes it possible to simplify slinging. Unpatented, this invention has been copied extensively in the industry and is still used in the handling of this freighter destined for recycling.

The Port of Bécancour is the scene of this first handling of wind turbines, which will be the source of a new invention by QSL: the creation of a hook specially adapted to handling in tandem with reach-stackers.

+
2004
Creation of the FLASH virtual terminal

As Facebook is founded and the world witnesses the birth of Gmail, QSL is developing the FLASH virtual terminal. This online application enables the optimization of operations by modeling ships, docks, storage areas and cargo.

QSL acquires two gantry cranes and transforms them, in partnership with an engineering firm from Québec, to convert this equipment, originally designed for container handling, for bulk handling.

2002
The first OHS portal is created

QSL acquires two gantry cranes and transforms them, in partnership with an engineering firm from Quebec, to convert this equipment, originally designed for container handling, for bulk handling.

This tool, www.trackingcargo.com, allows our clients to access the inventory of their goods.

Great Lakes Stevedoring is created, expanding QSL services to the Port of Hamilton in the Great Lakes.

A new alumina terminal is built in Quebec – Beauport to include a pneumatic vessel unloading system with fluidifying conveyors and railcar loading.

A new alumina terminal is built in Quebec – Beauport to include a pneumatic vessel unloading system with fluidifying conveyors and railcar loading.

1996 Breakthrough in the Atlantic region 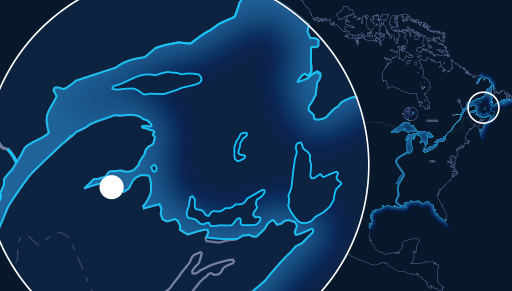 QSL establishes itself at the Port of Belledune and creates Eastern Canada Stevedoring.

Start of the Tracking Cargo project (TC1) based on the concepts of "Cloud computing" and "Software as a service".
Registration of the QSL.COM domain and launch of the company's very first website: www.qsl.com. A first email is received at the @ qsl.com email address. 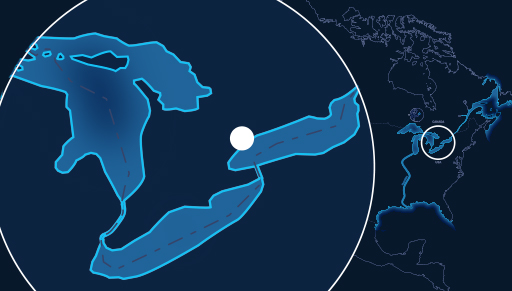 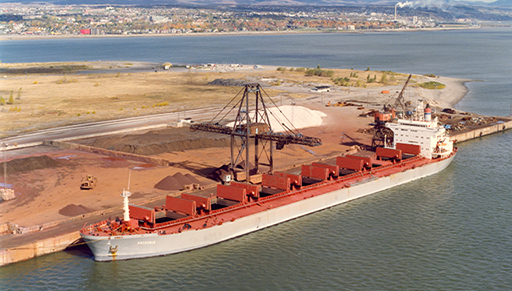 The company continues to expand by acquiring St. Lawrence Stevedoring, owned by Groupe Cast. In operation at the Port of Quebec – Beauport sector since its creation by the Webster family at the end of the 19th century, the company was incorporated in 1908.

1988 A port is created in the Sorel-Tracy region 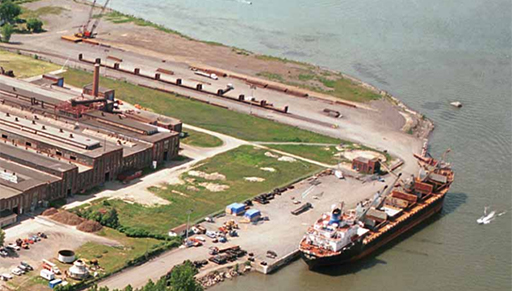 QSL expands to the Sorel-Tracy region, in Saint-Joseph-de-Sorel, by acquiring Services de Quai Faigen, which will become the Sorel-Tracy Maritime Terminal in 1997. The new port terminal becomes the main freight forwarder terminal for cargo steel and remains the only multi-user private port on the St. Lawrence axis.

In order to ensure operational excellence and uniform training of personnel, a team of experts composed of longshoremen, superintendents and supervisors is created and dispatched through the QSL network. To this day, this practice remains one of our key elements of success in providing our employees and clients with quality service and permanent jobs across our network.

Denis Dupuis founds QSL. The company is established in the Anse au Foulon sector at the Port of Québec