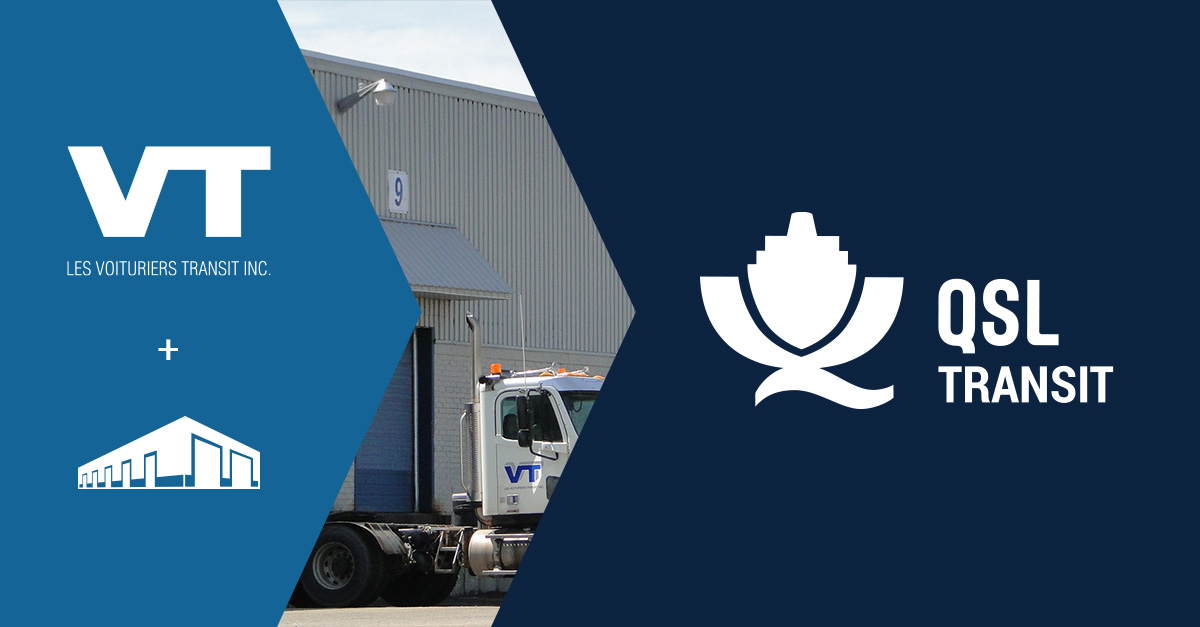 QSL is pleased to announce the acquisition of “Les Voituriers Transit Inc.” and a large warehouse facility owned by “Transit Henri IV” in Quebec City. These operations combined will form QSL Transit, a new entity that will enhance QSL’s logistics service offering.

QSL is thus consolidating its range of services and will be able to offer its customers a unique expertise developed by the teams of these two companies. All employees of “Les Voituriers Transit Inc.” and those working in the warehouse located at 5265 John Molson Street in Quebec City are welcomed with open arms into the QSL family.

A record-breaking tonnage in Saint John for Empire, a division of QSL

The 2021 winners of the Denis-Dupuis Awards