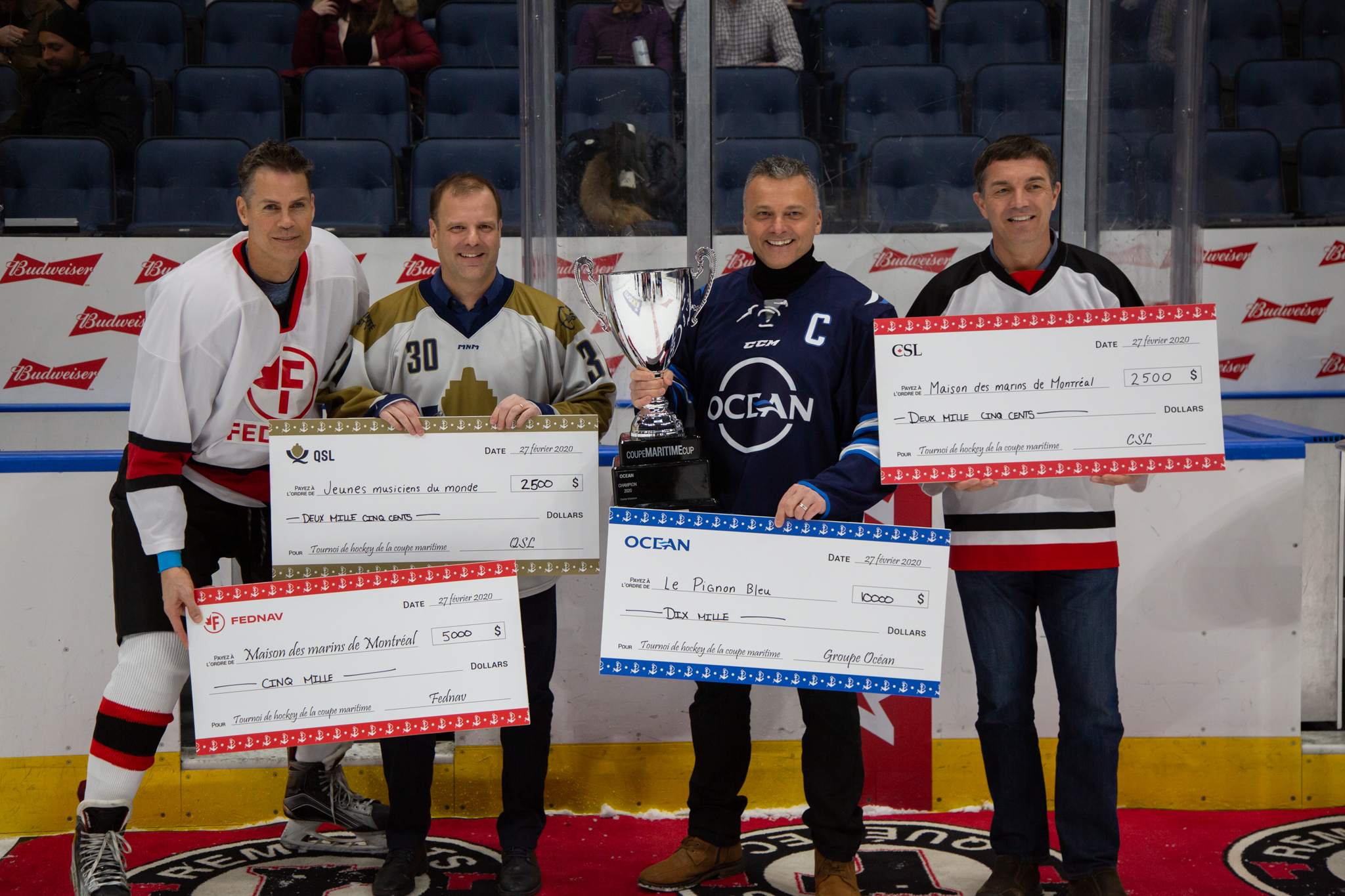 The Members of the Maritime Community Went Head to Head – On the Ice!

As part of the Maritime Cup, four heads of major maritime companies rallied their troops and donned jerseys in their company colours to take the ice at the Videotron Centre.
The quest for the cup culminated in an exciting showdown among teams from Fednav, OCEAN Group, Canada Steamship Lines (CSL), and QSL, who all took part to benefit three organizations.

The teams in the tournament chose to play for bragging rights and put up $5,000 each to support a cause or organization they care about. At the end of the high-stakes tournament, the $20,000 put up by the companies was donated as follows:

“My colleagues in the marine community didn’t miss a beat—they accepted QSL’s invitation immediately. We all have a desire to give back and make a difference in our communities. At QSL, we’re so proud that our teams and employees jumped at the chance to support causes that are in line with our values.”
Robert Bellisle, QSL President and CEO

A record-breaking tonnage in Saint John for Empire, a division of QSL

The 2021 winners of the Denis-Dupuis Awards